The Economic and Social Impact of Kreativität

Since we posted such long videos last time, we thought we’d continue with a couple more rather long videos dealing with the importance of „kreativität“ in our time.

As mentioned in our previous update, since these two videos are quite long, it’s a good idea to bookmark this page, although we strongly recommend that you also subscribe to our free updates through our RSS feed.  Other ways to stay updated include following Action House on Twitter or becoming a fan on Facebook.

Our videos feature a man named Richard Florida who is probably best known for his book, „The Rise Of the Creative Class“ (which I highly recommend).

These two videos are about an hour each, and the content is very similar, so if you only wish to watch one, I think the second is the better choice, as it’s more polished and easier to understand.  However, both videos are quite good, and I recommend watching both (and taking notes!) if you can.

I do also have to mention that the videos are a bit American-centric, but there’s no reason why we can’t extract principles we can apply to our own region.

When I consider what Richard Florida has to say about how creativity affects PLACES, I can’t help but think back to a thesis paper I once wrote.  In it, I explained how certain events in German history changed the cultural identity of our city, Heidelberg.

A Lesson From History
When Napoleon won the battle of Jena-Auerstedt in 1806, he decided to close the University there.  However, the University of Heidelberg was allowed to stay open because of what was called the Confederation of the Rhine.  (This basically meant that the people who lived near the Rhine were required to provide their sons to Napoleon’s army, and in exchange, they were granted certain amenities.)  At that time there were not many Universities in Germany, and when the University of Jena was shut down, it created a migration of students to Heidelberg.  This gathering of young minds sparked new ideas in art, politics, and culture, and effectively turned Heidelberg into the epicenter of the Romantic Movement in Germany in the 19th century.  From this movement came the first student groups (called Burschenschaften) and ultimately, a composite image of the national German identity was formed, culminating with the formation of the German Empire in 1871.

This is our cultural heritage.

We believe that by training people to develop their creativity, we are having a direct impact on the social and economic vibrancy of our region.  This is why we do what we do, because „kreativität“ is crucially important. 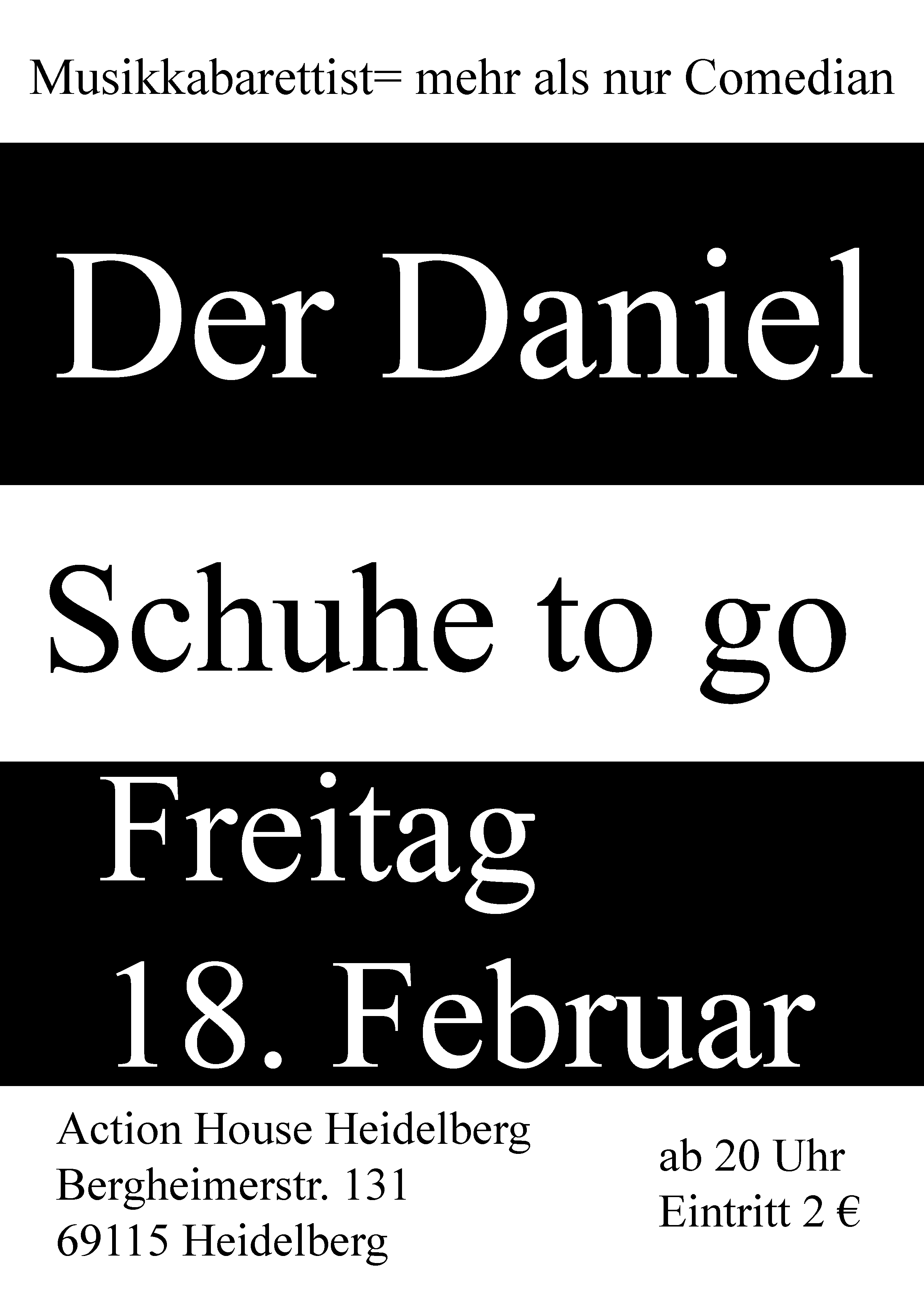 All pistons are pumping in the Action House Machine.  The Blog is slowly taking form, meetings for the coming weeks are being arranged, a new assortment of leather clutches and purses are being produced for Naehkoenigin.de, Jelly started up again after the summer, and what’s got us all most excited, Saturday evenings have been set aside for Action House: The Meeting.  Creativity is really worth your time and consideration.

In the coming days, we’ll let you know more about our upcoming events.

That’s what I have to say for Tuesday.